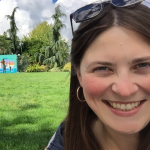 Rosey Robards is also the director of Alaska Teen Media Institute, where teens produce a monthly, public-affairs radio show, podcasts and multimedia content. You might recognize her name from publications such as the Anchorage Daily News, Anchorage Press and The Northern Light. She worked at the ADN as an Interactive Content Producer and currently serves as an Alaska Center for Excellence in Journalism board member.

John Kendall is a contest manager for Alaska Press Club and has been a member of Alaska Teen Media roughly since writing this very bio (March 2018). He graduated from the University of Alaska, Anchorage in 2011 with a BA in English Literature and a minor in Creative Writing. While at UAA, he served as Music Director and Program Director at KRUA 88.1 FM The Edge. In his free time, John enjoys writing and producing movies.

Max Jungreis is a program coordinator for Alaska Press Club and a freelance audio and print journalist. He graduated from Emerson College in Boston in 2020 and has produced work for The Boston Globe, WBUR, WGBH, The Anchorage Daily News, and Alaska Public Media. Prior to moving back to Alaska, Max spent six months reporting on tech companies and small businesses for Insider. When he isn’t working, he hikes and paints.

Liz Raines Failor is a program coordinator for Alaska Press Club. She is also the co-founder/co-owner of Alaskan Husky Adventures and a former Alaska Press Club board member. During her five years at KTVA-TV, she specialized in coverage of Alaska politics. She spent several years covering legislative sessions in Juneau before transitioning into the role of morning news anchor.

Mayowa Aina is a content producer and program coordinator for Alaska Press Club. She is also an education reporter and producer of Alaska News Nightly for Alaska Public Media. When she isn’t reporting or producing she is taking naps in the park during the summer or trying to commit to yet another hobby.

The Alaska Press Club board is made up of 11 members and two student members*, all appointed in an annual election (as vacancies open) by the general membership. Every full member has a vote. Board members serve two-year terms. Officers are named annually.

The Board has the authority to declare Board seats vacant and to appoint members to serve until the next general election.

* The student seat on the Board was created by a vote of membership at an annual Alaska Press Club meeting, April 17, 2004. A second student seat was added April 22, 2017.

Apply to become a board member here!

Julia O’Malley is a freelance journalist who writes about food, politics, the environment and culture in Alaska. She has written for The New York Times, The Washington Post, The Guardian, and National Geographic among other publications. Before going freelance, she was a reporter and columnist for the Anchorage Daily News for nine years.

Victoria Barber is features editor at the Anchorage Daily News. She’s lived and traveled around the state as an editor and reporter for several rural Alaska newspapers—including Dutch Harbor, The Arctic Sounder in Barrow/Kotzebue, The Tundra Drums in Bethel and the Seward Journal. In Anchorage, She was editor for the Anchorage Press from 2011-2012. Barber was a 2010 Logan Science Journalism fellow and a finalist for the international Knight Fellowship award at MIT.

Tom Hewitt is the opinion editor for the Anchorage Daily News. Born and raised in Fairbanks, Tom received his journalism education at the University of Alaska Fairbanks. He got his start in professional journalism as the government, politics and court reporter for Fairbanks CBS affiliate KXDF. In 2014, he moved to print when he joined the News-Miner as its opinion editor. In 2017, he returned to broadcast as news director for Fairbanks’ two local TV news stations, and in April 2018 he moved south to Anchorage to join the ADN.

Kortnie Horazdovsky is the Executive Producer Alaska’s News Source, a TV station in Anchorage. She has also been the newsroom’s Content Manager, Multimedia Content Manager, run the assignment desk, produced a newscast, and produced/written for KTUU.com. She was born and raised in the Mat-Su Valley and graduated from the University of Alaska Fairbanks, where she wrote for, shot photos for, designed and was editor of The Sun Star. She completed journalism internships at ADN’s Play Magazine and the Fairbanks Daily News-Miner in the sports department.

Jacob Resneck is regional news director for CoastAlaska, a consortium of public radio stations in coastal Alaska. He lives in Douglas, Alaska. He was elected to the board in 2018.

Townsend arrived in Alaska from Wisconsin in 1999 to work as a broadcast trainer for KNBA and Koahnic Broadcast corporation. From there she helped create Native Voice Communications, an independent media company that produced a nationally distributed daily headline news service called Independent Native News.

Before moving to Alaska, she worked as a print reporter and then found her true love….radio! She spent seven years as special projects producer and then News Director for WOJB FM on the Lac Courte Oreilles Ojibway reservation in northern Wisconsin. Townsend’s reporting work has won state and national awards. She writes fiction in her spare time and has just completed the third book in a series featuring an Anchorage based reporter.

Anna Rose MacArthur serves as the News Director at KYUK Public Media in Bethel, Alaska. KYUK is the nation’s oldest Tribal radio station and the nation’s only station producing daily newscasts in both an Indigenous language and English. Anna Rose got her start reporting in Alaska at KNOM in Nome and then traveled South to report with KRTS in Marfa, Texas. Anna Rose soon missed rural Alaska and returned to the bush to join KYUK in 2015. She leads an award-winning newsroom and has launched statewide reporting collaborations. Her journalism has received regional and statewide awards for coverage on climate change, health, business, education, and mushing. Anna Rose’s favorite stories to tell include a muskox, salmon, or sled dog. She is a Transom Story Workshop alumni and a certified Zumba instructor.

Michelle Theriault Boots is originally from the Seattle area. She married an Alaskan and moved north a decade ago. She has been a reporter at the Anchorage Daily News since 2012. Before that, she taught journalism as an adjunct at UAA, worked at newspapers in the Pacific Northwest and California and earned a master’s degree in narrative journalism from the University of Oregon. She was a 2017 fellow of the Kiplinger Program in Public Affairs Journalism and is a 2020 John Jay/Harry Frank Guggenheim criminal justice reporting fellow. She previously served on the Alaska Press Club board from 2011-2012.

Angela Denning is a news reporter at KFSK public radio in Petersburg. She’s been reporting in Alaska for 20 years. She started at the Tundra Drums regional newspaper in the Yukon-Kuskokwim Delta and moved on to News Director at KYUK in Bethel. In these roles, she traveled to most of the villages in the region reporting on everything Bush Alaska as well as the vibrant Yup’ik culture. She also mushed and raced sled dogs for 15 years. In recent years, she’s been reporting in Southeast and commercial fishing in the summertime.

Tegan Hanlon is a reporter at Alaska Public Media in Anchorage, and works on Alaska’s Energy Desk — a collaboration with reporters across the state who focus on energy issues. She previously worked at the Anchorage Daily News from 2013 to 2019. Before that, she interned at newspapers in Colorado, Texas and her hometown, Allentown, Pa. When not telling stories about life in Alaska, Tegan enjoys hiking, biking and reading a good book.

Eric Sowl is the Chief Photographer of Alaska’s News Source – KTUU-TV & CH5 CBS. He grew up in Anchorage and attended the University of Alaska – Fairbanks. He has worked at KTUU-TV for over thirty years where he has covered news all over the state and the world. In 2018, Eric was inducted into the National Academy of Television Arts and Sciences Silver Circle in recognition of his contributions to the broadcast industry.

Daisy Carter is a sophomore at the University of Alaska Anchorage studying journalism and public communications, concentrating in digital media and minoring in creative writing. She’s currently a news reporter for UAA’s newspaper, The Northern Light, and is a student producer/peer mentor at Alaska Teen Media Institute. In her off time, she enjoys screenwriting and filmmaking.

Interested in being a member of the Alaska Press Club Board? Find our application here.